What are his main points/

What impact did the Dawes Act have on Tribal Nations? 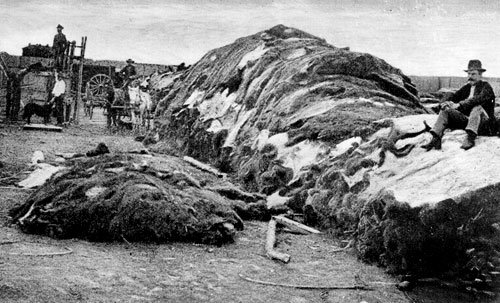 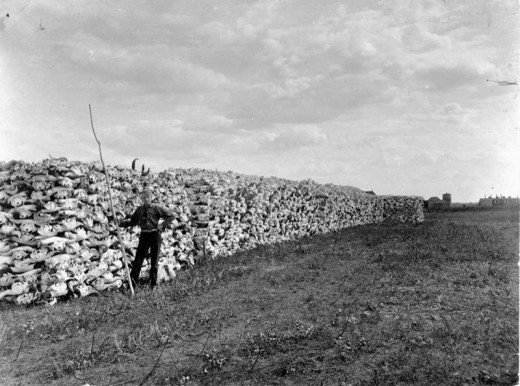 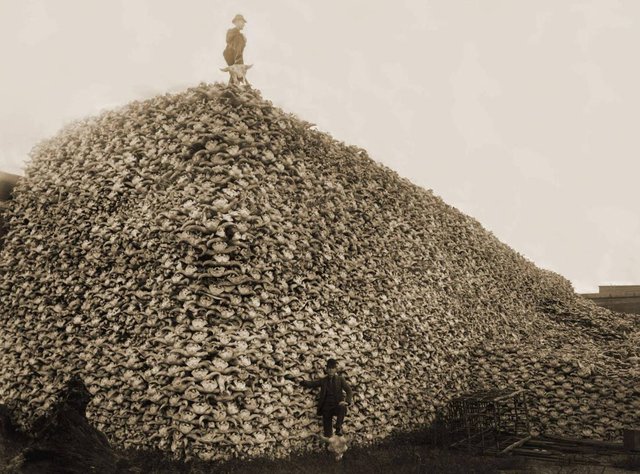 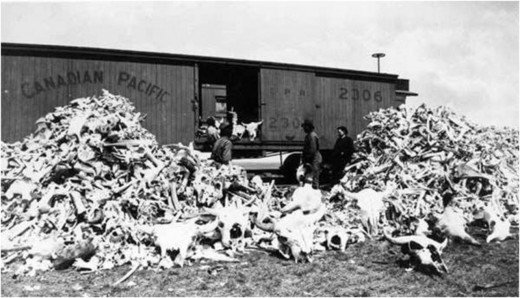 Image of buffalo hides hunted by Soldiers and white men

Image of Buffalo skulls in a large pile

What impact does Luther Standing Bear say the disappearance of the bison have on the nomadic and semi-nomadic people?

What do you see in these images

Use the National Archives photo analysis worksheet to examine the four buffalo hunt photos. How are these photos different/similar to those in Lesson 1: Homeland?

Termination
To end, conclude, or cease.
Restoration
To put or bring back into existence or use.

Make a timeline of key events that took place within a specific time period of history for the Poncas.  Make sure to include contextual evidence (what else was going on at that time that impacted the Ponca history?).

Analyze the identity shift that was forced upon/accepted by Chief Standing Bear.

What did it mean when he said he was not a Chief?

What did it mean when he said he was no longer Ponca?

Did his court victory impact the identity of the Poncas?

What did this case do for national Native identity?

Investigate and publish the recent impact of the flooding of the Missouri and Niobrara Rivers on the homeland of the Northern Ponca (current events 2011).